Why the Nobel Prize Was Awarded to LED Light Creators 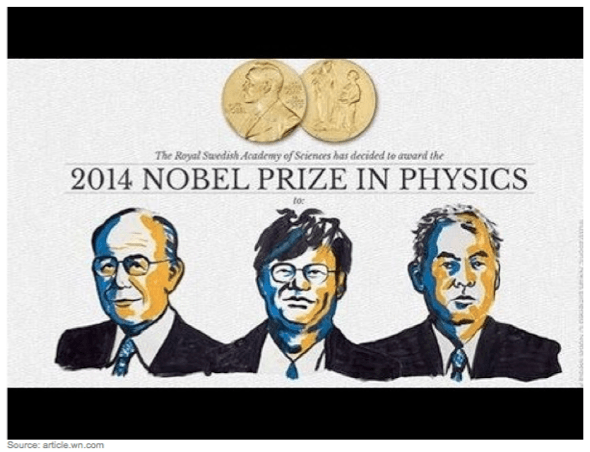 In 2014, the Nobel Prize in Physics was awarded to three scientists who played defining roles in the development of LED technology. Isamu Akasaki, Hiroshi Amano, and Shuji Nakamura were presented with the prestigious award for their work inventing the blue light emitting diode.

Why would the Nobel Committee bestow such an honor from the scientific community on the developers of a kind of lighting? The reason is that LEDs can improve the lives of people all over the world in multiple ways.

In the words of the Nobel Committee, LEDs “hold great promise for increasing the quality of life for over 1.5 billion people around the world who lack access to electricity grids.”

The three Japanese scientists made their critical breakthrough of inventing the blue light emitting diode in the 1990s. But as is often the case with scientific breakthroughs, there was a time lag between the invention of their technology and when it became cost-efficient and accessible enough to be used by multitudes of people.

Just one example of how LEDs have helped humanity is that they’ve drastically reduced the amount of kerosene that people in the developing world now use for lighting. Burning kerosene is not only a serious fire hazard, it also produces toxic levels of soot and carbon monoxide, which can result in asphyxiation or carbon monoxide poisoning. Furthermore, burning kerosene contributes to greenhouse gases in the atmosphere. One liter of burned kerosene produces 3 kgs. of CO2. Before LEDs were in use, people in developing nations burned about 88 billion liters of kerosene every year for lighting alone.

Today, LEDs provide a safer, more energy efficient, and far more cost-effective source of lighting for people all over the world.

The U.S. Energy Recovery Team offers our sincere congratulations to Isamu Akasaki, Hiroshi Amano, and Shuji Nakamura for their work. We understand that Nobel Prizes in Physics are not given out “lightly.” We are honored to expand upon their groundbreaking work by delivering LED lighting solutions to nonprofits, businesses, and other organizations.

Get a Tailored Savings Quote Today!

Can UV Light Protect Your Facility Against Viruses?

Tax Deduction 179D: Qualify for up to $1.80/sqft on Your Energy Projects

Let us help you learn. Check out categories of news here.